The World According to the Evil HR Lady: AI, Analytics, and Why It's Cool to Be Average— Interview with Suzanne Lucas 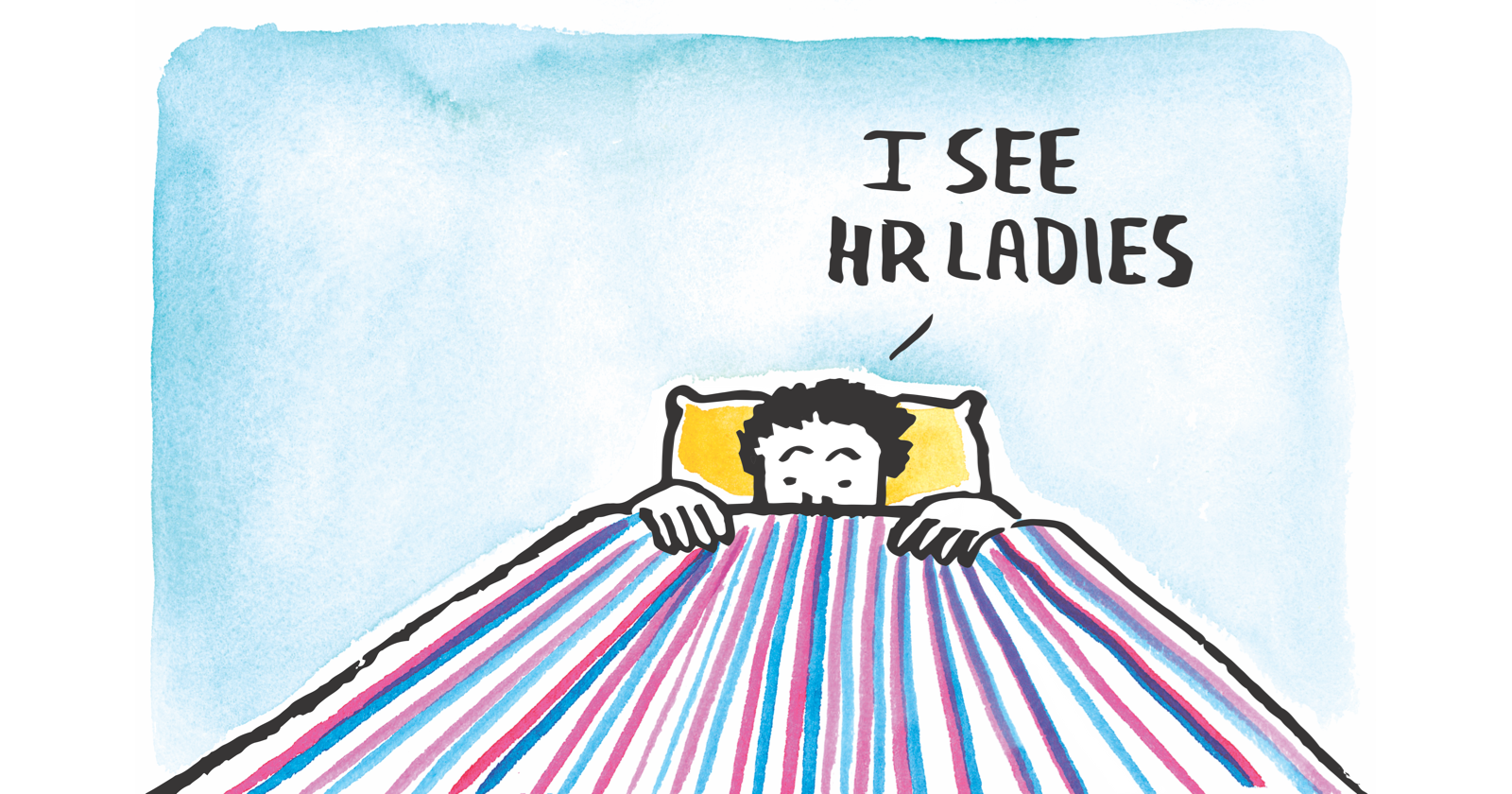 When it comes to HR influencers, is there anyone else quite like Suzanne Lucas?

You may know her better as the Evil HR Lady—the straight-shooting, TED Talking, HR blogging expert on all things talent.

As long-time secret admirers, we were thrilled when Suzanne agreed to let us pick her 'evil' brain.

True to form, the Evil HR Lady took us on an eye-opening rollercoaster discussion—from the perils of smart computers (yes, they're judging you) and whether or not a dead-fish handshake really matters (hint: it doesn't), we left no stone unturned.

If you're wondering whether you're really ready for the future of HR, this is your next must-read. So, come take a trip to the dark side with the Evil HR Lady.

Pssst! Not much of a reader? No problem. Scroll down to the bottom to watch the full interview via video. 🎥

Even if you’re one of Suzanne’s 28,000 Twitter followers, you might still be surprised to learn she started her career as a political scientist.

While studying for her PhD, Suzanne realized life in academia wasn’t for her. Armed with a passion for teaching and stellar typing skills, she bagged herself a life-changing stint working in the HR department of a little grocery store chain called Wegmans.

The year was 1999, and Suzanne has never looked back.

“My first professional job in HR was with Wegmans grocery store. If you're on the East Coast, you know what that is. And it's the best thing ever. I was their very first HR data person. Every company has HR analytics now. But in 1999, I was the expert with my stats,” says Suzanne.

Even though the science side of HR was a natural fit, the prospect of a long commute finally led Suzanne to a job in the pharmaceutical industry. Here, she switched from analytics to being responsible for all things HR… including layoffs. 😬

Firing people is never fun. But, like all things in life, Suzanne approached her new role with a heavy dose of compassion.

“We helped people find their next job, it wasn't like ‘hit the road’. We gave severance packages. We provided outplacement programs. Most of our people were able to find jobs before their contract ended. And I'm really proud of that record, because they weren't losing their job because they were bad employees. They were losing their jobs because that's the nature of the industry.”

Suzanne's person-over-payroll-number approach has underpinned her HR philosophy ever since.

It’s probably fair to say that 1999 was at the dawning of HR analytics. The question on all our lips is—what else has changed since then?

Suzanne points out that it wasn’t a total tech desert back then—computers did exist. Nonetheless, many companies stored their data manually… like, very manually.

“My very first temp job in HR was with a pharmaceutical company, a very, very tiny one. And they were in the process of implementing their first HR information system," she recalles.

"At that point, they had all of the employee information written on note cards stored in shoeboxes. It wasn't even on an Excel spreadsheet.”

In today's world where there's a chatbot, algorithm or app for everything, it's hard to imaging tracking talent out of a shoebox, but many companies are starting to realize that despite the giant leap in progress, technology doesn't always have all the answers. With more and more companies flirting closely with the line of over-automation, some business leaders are starting to return their focus to the humans who make their businesses run.

It's a back-to-basics movement that Suzanne supports wholeheartedly.

“We are human resources—we are not computer storage for employee information.”

As our lives become ever more controlled by digital devices, tech fatigue is setting in. And according to Suzanne, this is going to lead to even bigger changes in the HR landscape.

“I see the pendulum swinging back to the human side, and I hope that it stays there because I love data. I do love it. I do love a good app. But we are humans and humans need more than just your computer."

Is your recruitment software really as smart as you think it is?

So, what is a healthy balance between HR tech and a human candidate experience?

If you ask Suzanne, it starts with knowing what's really in your tech stack.

“You should be using technology to help you with people and not making people second to technology.”

“There’s a story told by Peter Cappelli, Professor of Business at the Wharton School. It’s crazy but true, because I emailed him to make sure. This company was hiring for an engineering position and they got 29,000 applicants for one position. So, they ran it through their HR applicant tracking system and the computer came back and said that not one of the 29,000 applicants was qualified,” says Suzanne.

“Anybody with half a brain could have picked a hundred of those resumes out at random and found at least 25 people that could do the job with the right training and development.”

Bottom line? Computers are only as good as their programming.

You’re average, deal with it.

We’ve all seen the job ad that says ‘We're looking for our next rockstar!’

Well, if the Evil HR Lady spots it, she’s got a few truth bombs for you.

“You don't actually want a company full of rockstars."

Why? Here's how she explains it:

“If I'm a rockstar and I only hire people like me, you end up with too many type A personalities and they're fighting against each other. When they don't get the promotion or they don't get the bonus, they leave. Sometimes you really need type B players—what I like to call satisfactory employees.”

Though it may feel a little counterintuitive at first, her point becomes ever sharper when you flip the script. After all, how many rockstar companies are really out there?

Probably not as many as today's candidates would like to see.

“It's time to start hiring satisfactory employees to work for OK companies because that's the reality that we face. Most companies are average because that's how averages work, almost everybody is in the middle. We have the top 10 percent in the bottom and 10 percent on the top. This means 80 percent of the people are in the middle area. And everybody wants to hire those 10 percent to work in a company that's at the 40th percentile. They're not going to be happy. They're going to go.”

And when employees leave too soon, you lose important knowledge and expertise.

‍
Right now, there's a big shift taking place in how both employers and employees approach the recruitment process. Can you guess why?

Clearly, it's time for companies to put their pride to the side and treat every candidate with the utmost respect—no matter how many applicants are in your inbox.

And that's not always the right move.

The way Suzanne sees it, cutting down your list of minimum requirements and staying open to growing your own talent is ultimately about diversity—and not just skin color, age and gender—but true diversity of thought.

Another issue is when companies don’t know what they want, says Suzanne. Don’t waste your time or your candidate's time—work out exactly and honestly, what skills you really need.

“One of my friends shared on my Facebook page a job posting that had 39 different technical skills that this candidate would need and she made the joke, ‘It's a job posting, not a CVS receipt.’"

"But when you have these ‘CVS receipt’ type job postings, you're not going to get someone that has all 39 skills. You’ll end up looking for someone for a year and then you're going to get realistic and cut it down.”

Plus, how many programs or technical skills do we really even use every day? 🤔

If you're like most of us, it's probably only two or three per week. That's why Suzanne recommends that, once you’ve narrowed down your search to those core skills, talent pros should focus on only those core requirements in the interview process.

According to her, it's time to let go of the trivial stuff like the strength of a person’s handshake or where their appearance sits on a 10-point scale… unless those things are somehow relevant to the job.

“I hate the dead fish handshake, but it doesn't affect how you can do your job unless your job is shaking people's hands," says Suzanne.

And whatever you do, please don’t ask a candidate if they need health insurance. Or worse, make them guess the starting salary. It's just not a good look.

Suzanne is one HR expert whose experiences on both sides of the interview table have prompted to evangelize for a talent community that embraces the best parts of the tech world, without ever hiding your human side. 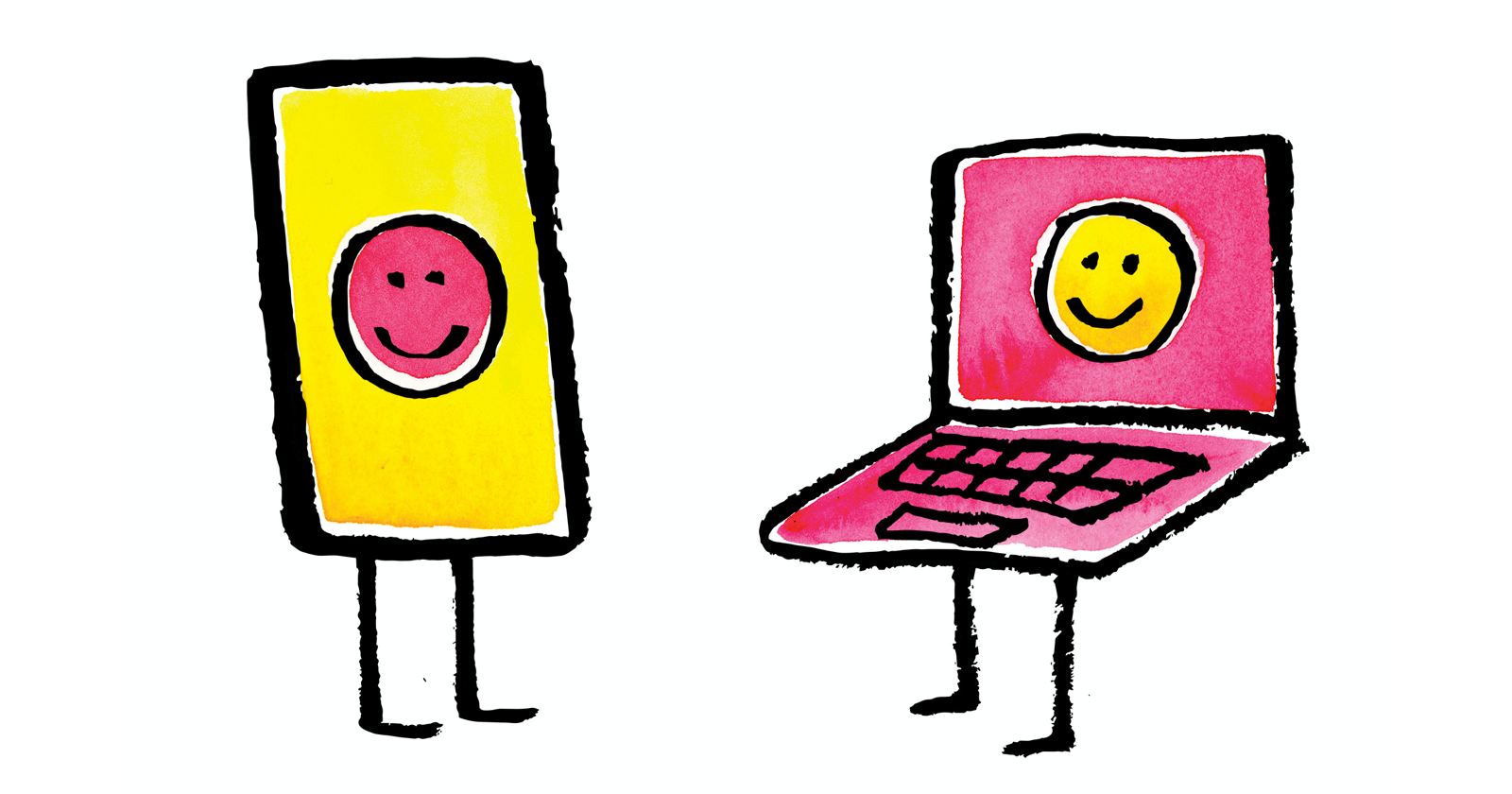 Assembling a productive remote team is tough. Find out how one recruitment pro scores quality talent with a simple three-step virtual hiring process
Read the Article 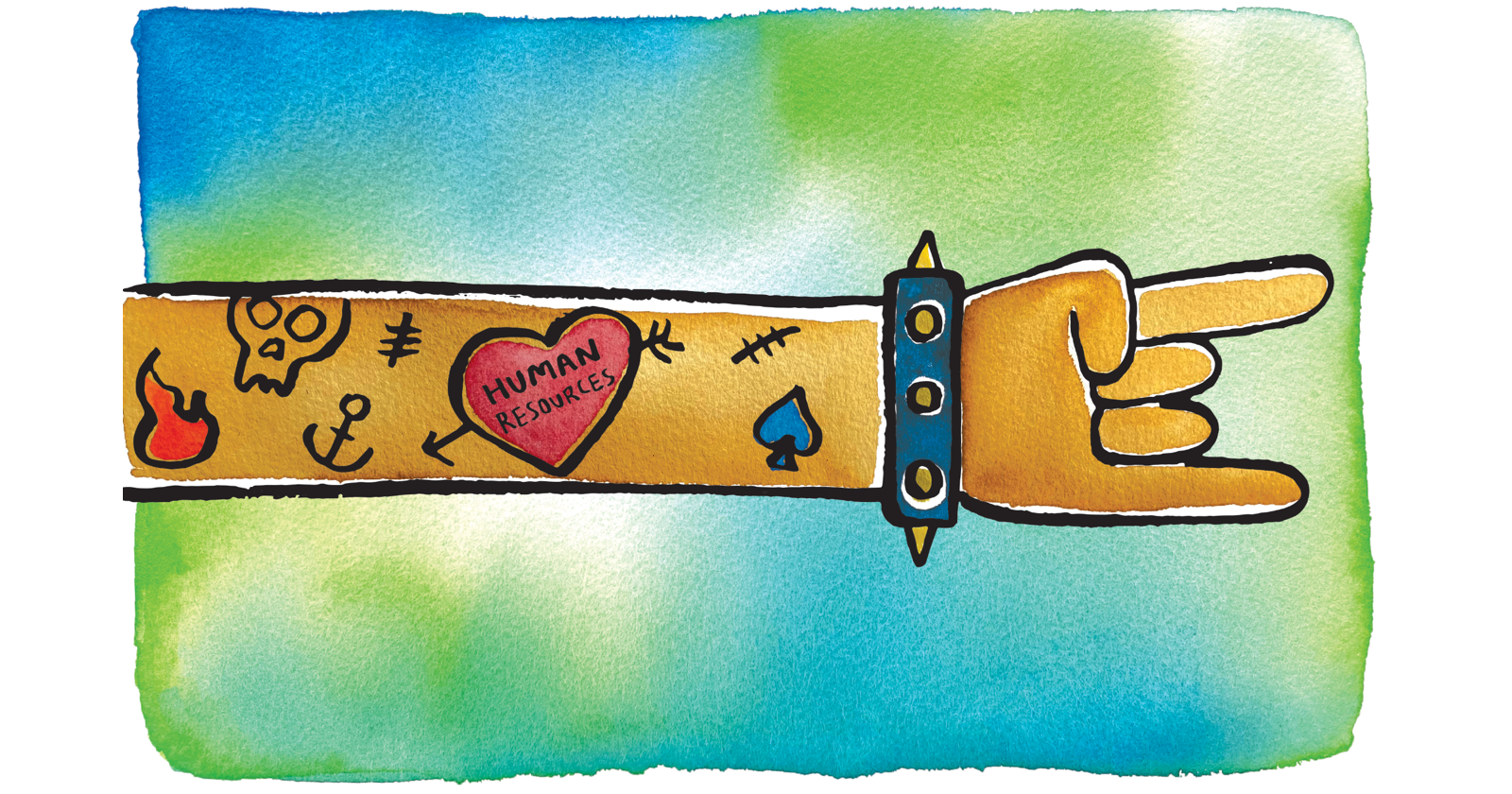 HR is changing fast. Do you know what you need to know in order to keep up? We've rounded up insider insights from some of the best names in talent to bring you an exclusive glimpse into what to expect in HR 2020.
Read the Article 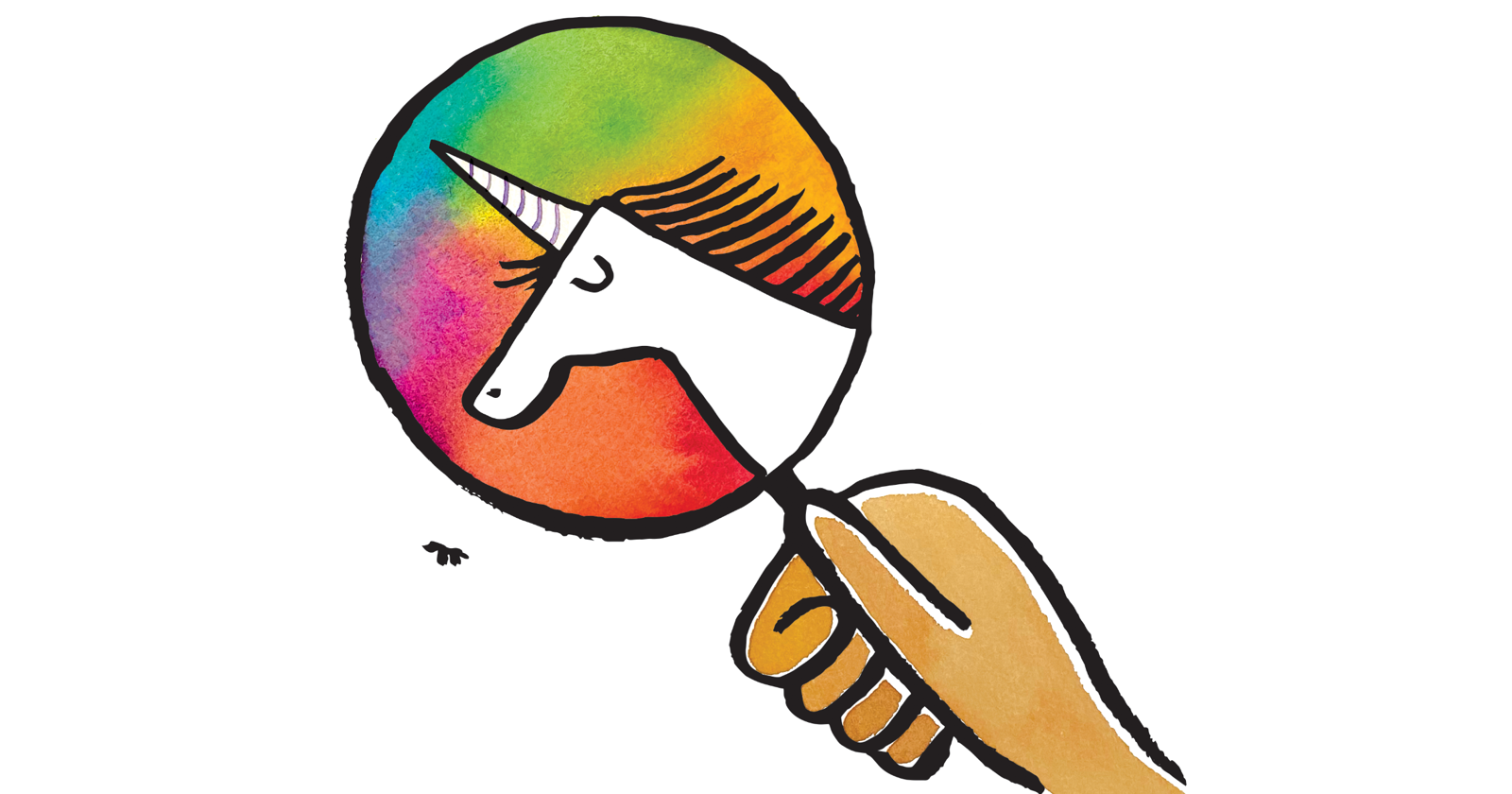 How to Find Hidden ‘Unicorns’ in an Avalanche of Applicants—Interview with Kyle Maltz, Dollar Flight Club

What do you do when you have too many candidates and not enough roles? You buckle down and get efficient. In this interview with Kyle Maltz with Dollar Flight Club we find out his step-by-step process for finding the most qualified needles in the haystack.
Read the Article